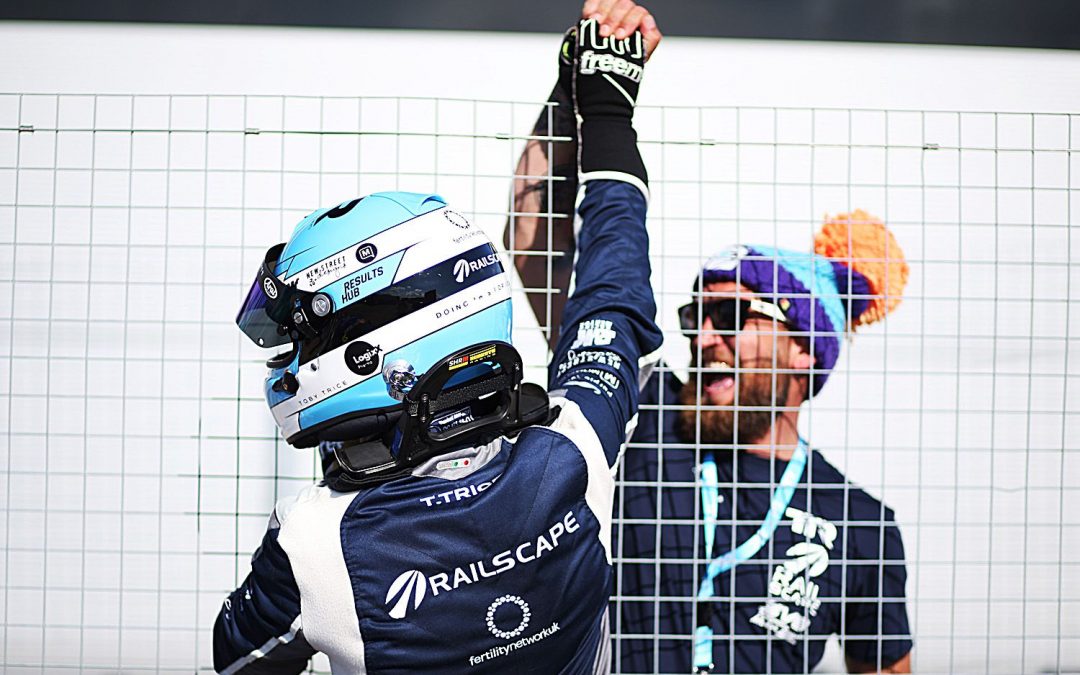 Kent-based racing driver Toby Trice secured two further race wins during the second round of the Ginetta GT Academy series last weekend, extending his lead at the top of the points table, all to the delight of his growing fan following.

Full of confidence coming out of the qualifying sessions on Saturday morning, Trice guaranteed himself a double pole position by a strong margin — crossing the line five-tenths of a second faster than the chasing pack. And while some may have felt the pressure to continue an undefeated record (having won all three races during the GT Academy Series opener at Brands Hatch), Trice remained focused on getting a clean launch from the start line at Donington Park, his favourite UK track.

Trice was thrilled by the reaction at Donnington, saying: “ What a weekend it’s been, so many racing fans have turned out for the next installment of the Ginetta GT Academy. For me personally, it was an incredible honour to have so many of my supporters, sponsors, friends and family there to enjoy yet another incredible weekend.”

Leading the field from lights to flag throughout races one and two, it was his second race win of the day that earned him particular praise from fellow drivers and race commentators. As Trice sailed into a comfortable chequered flag finish, track commentators were quick to praise his professional attitude and race tactics. 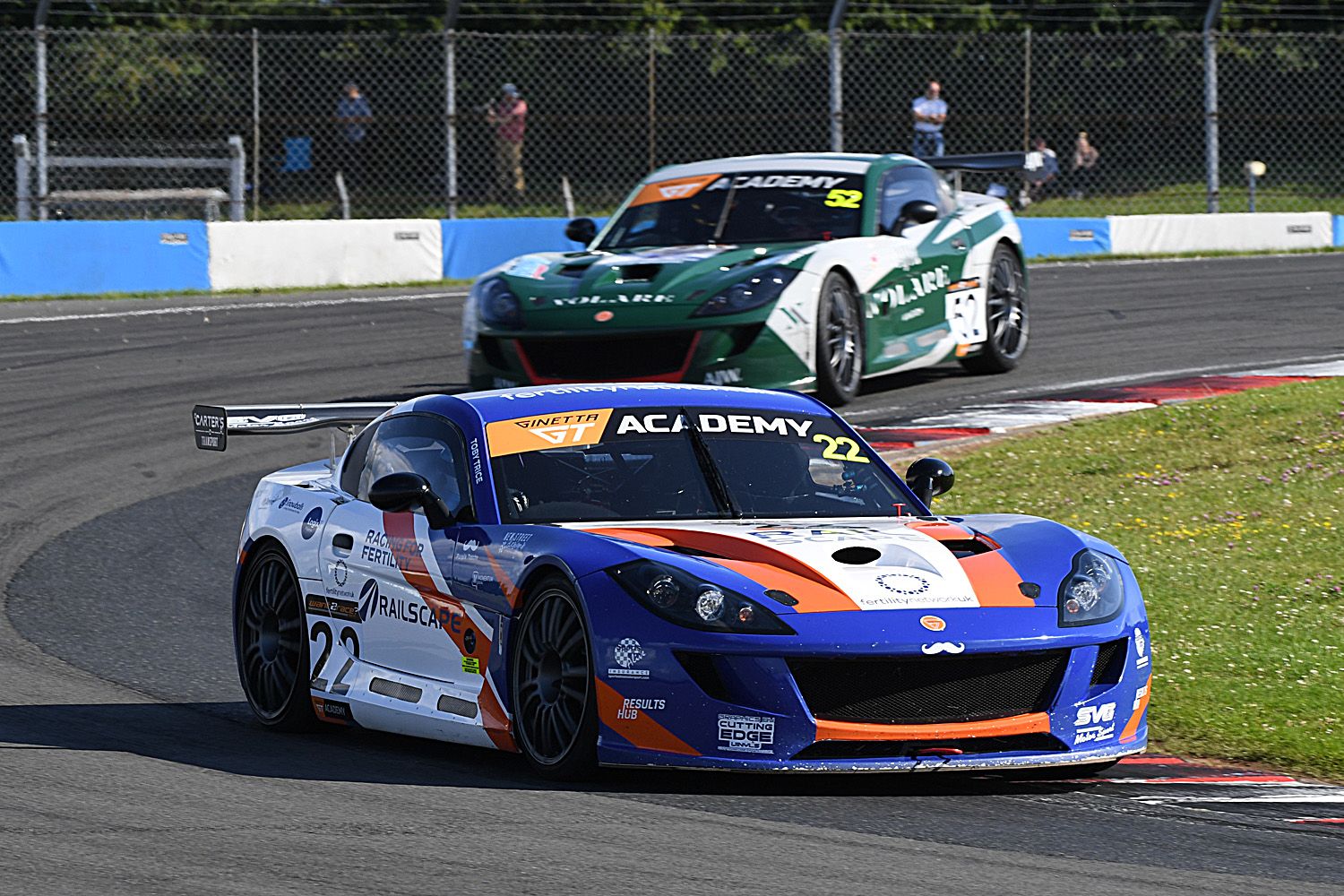 Trice himself found it to be his most enjoyable race yet, saying: “Race two was, for me, a perfect race. A fantastic launch off the line allowed me to test the car’s performance at the front of the field, extending my gap and finishing the race with a four-second lead. That consistency and professionalism is what I want to replicate over the season.”

Aside from some spectacular racing, the team behind Toby Trice Racing had more reasons to celebrate – with a growing number of new fans joining the self-styled ‘Team Trice Bobble Hat Army.’

Smiling at the colourful hats that Team Trice fans wear, Trice himself has nothing but praise and appreciation for his growing following, explaining: “Everyone was out in force on the weekend and really, you couldn’t miss us! It was fantastic to meet some new fans for the first time too, and enjoy the race weekend with them. For me this sport is inclusive for all and it’s why that race-weekend-feeling is one I love to share.”

Trice would be the first to admit however, that it didn’t all go his way at Donington, with race three throwing up an eventful battle for places throughout the field, somewhere Trice found himself after a self-confessed ‘dreadful start’.
He describes the action: “After such a scrambled start, I did catch up, and found myself defending and attacking from second place. Making small gains over several laps in the first phase of the race, I was actually enjoying myself again, and feeling pretty confident that I could battle for an overtake, hold the front and take the race win.”

Trice could not have predicted what happened next then — a spectacular spin off track courtesy of a contact-tap from one of the rookie-class drivers heading into the Melbourne loop in third place. Pulling himself out of the spin (and carrying some serious damage to the car), Trice rejoined the race in ninth position (fourth in class), and with his work cut out, started making his way back through the grid. Not one to shy away from battle, Trice moved his way up, including one audacious pass at 110mph, on the outside of the Craner Curves.

Ultimately Trice finished race three in sixth overall and, perhaps most importantly for his championship ambitions, second in his class. With points on the board then, from all three races of the round, Trice has extended his series lead as the season goes into round three at Snetterton, Norfolk in August.